For years in a row, Botox injections have been the number one choice for all women in terms of beauty treatments. Fillers have also done their fair share of improving women’s appearance, as also has regular plastic surgery, despite the fact that the last one comes with the disadvantage of a long and painful recovery time. Luckily, new techniques are starting to gain ground, and Botox will soon become a thing of the past, Allure magazine assures all women.

The first anti-ageing treatment that is already showing Botox the high road is, according to the popular mag, the wrinkle relaxer. “Botox has its powers, but speed is not one of them. The injections take up to a week to start relaxing wrinkles. Enter Reloxin, which pending approval by the FDA later this year, shows results in as little as two days. According to director of the University of Miami Cosmetic and Research Institute Leslie Baumann, who helped test it, Reloxin also lasts about five months, as opposed to three or four with Botox.” Allure writes.

Moreover, given that Reloxin is also reportedly more efficient with frown lines than Botox, chances of it replacing it altogether are actually quite good – which is precisely what Botox makers fear right now. Still, there’s more where Reloxing came from that might replace Botox: like skin resurfacers, which are “fractional CO2 lasers” that can be used on deep wrinkles and scars, both on the face and the rest of the body. With a 43 to 80 percent proved effectiveness in reducing deep wrinkles, this type of laser also takes considerably less time to heal than traditional CO2 lasers, while also involving less scarring and bleaching risks.

Another procedure that is slowly becoming more popular with women looking to hold onto their youthful appearance for as long as possible is Latisse, the new FDA-approved drug for the extension of the eyelashes. Used on a regular basis and according to the instructions on the box, Latisse has been shown to return the most extraordinary results in terms of lengthening of the eyelashes, and might actually stand to replace regular mascara completely one day, just like we also reported a while back.

Collagen rebuilders are also hot on the heels of Botox in terms of ability of fighting the signs of old age, with Allure saying that they might even replace it sometime in the future. “Light-emitting diode (LED) machines in doctors’ offices stimulate collagen production, reduce wrinkles, and even zap acne – and now there are smaller machines to be used at home. The Tända Professional Skincare System, Omnilux New-U, and PerriconeMD Light Renewal Skin Rejuvenation Therapy all cost between $299 and $395 and use a combination of light for different skin problems. They’re less powerful than their big brothers – they take longer per session (15 to 30 minutes) and offer less dramatic results. But all are certified safe – even for the delicate skin around the eyes.” the mag writes.

However, not all such beauty treatments aim for household use: Evolence, a new line filler, for instance, does not. It is believed to replace both Botox and collagen because it has been shown to be very efficient with deep lines and wrinkles, while also not causing any allergic reaction, Allure concludes by saying.

All in all, it seems like, soon enough, women will have more efficient and less time-consuming options to fight the signs of old age than just plain ol’ Botox.

Surgical Nutrition A Must Read 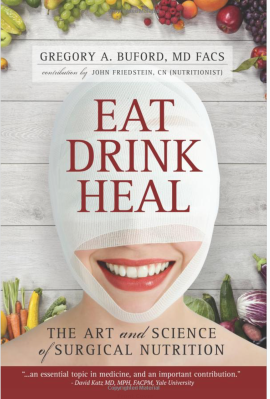